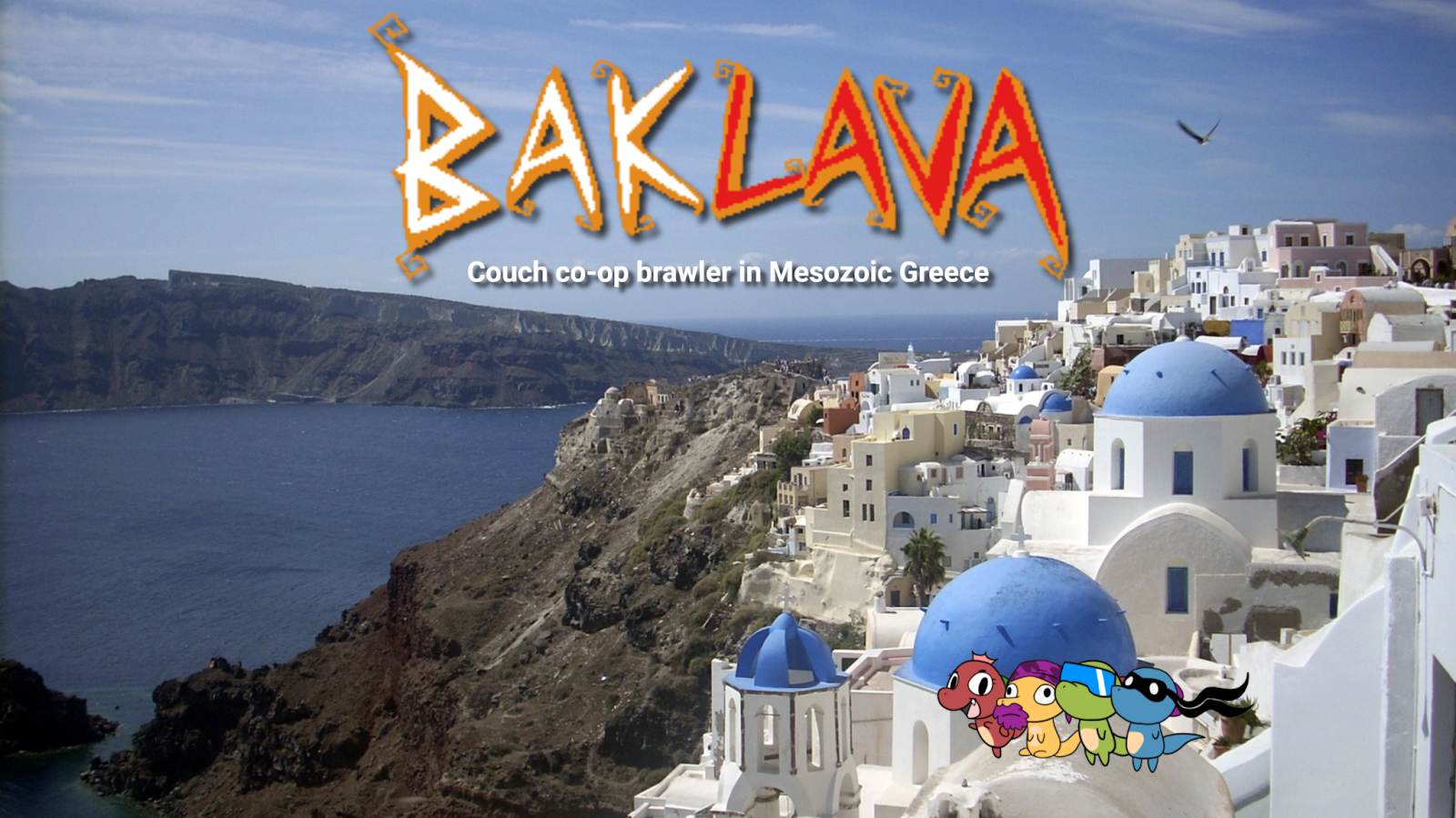 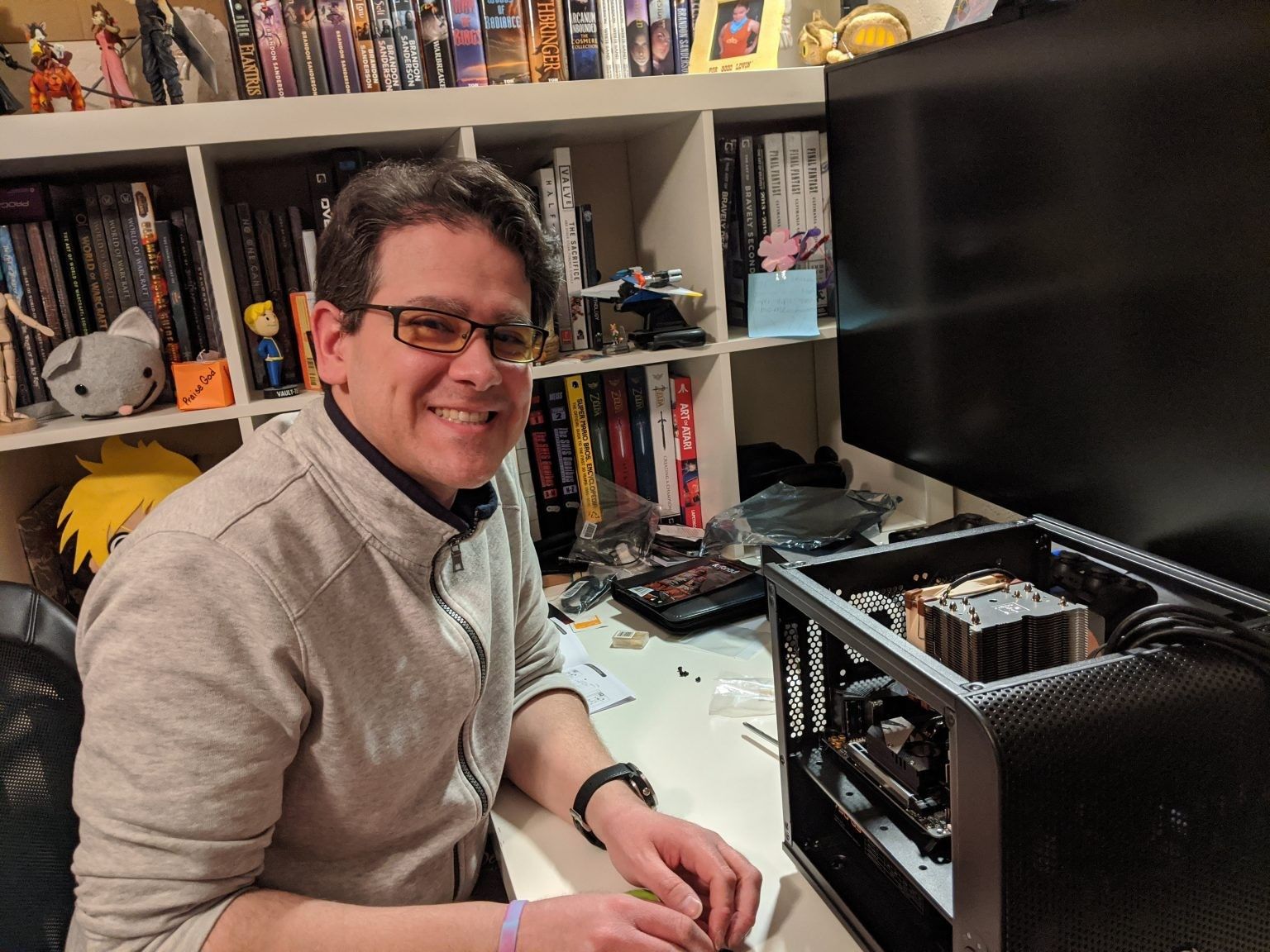 Hello everyone!  My name is Matt Colón, and I’m the technical producer for BAKLAVA, a couch co-op brawler set in Mesozoic Greece.  This game has had an interesting past year of development with a lot of refinements over time to get to where we are now.  Since this is the first dev blog post for the game, let me catch you up with some history from BAKLAVA’s past year… 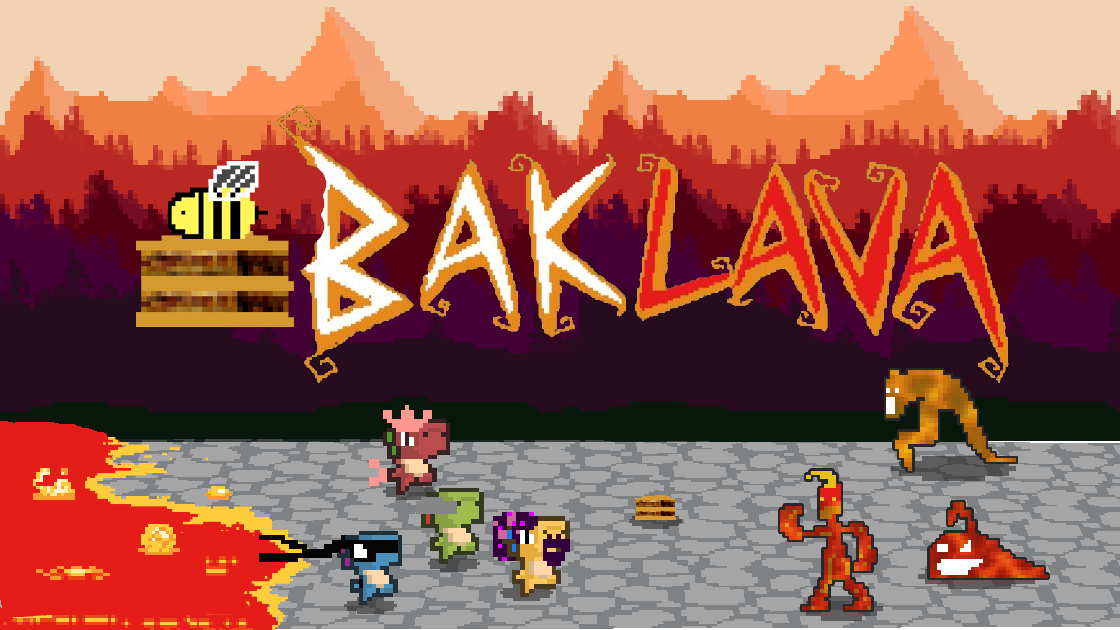 BAKLAVA first began as a 2D arcade-style brawler where players take control of TMNT-inspired T-rexes, battling against waves of lava monsters and bosses until all are defeated.  You may be wondering, “what does baklava have to do with a game about dinosaurs fighting monsters made out of lava?”  As is the tradition of many video games, it began with a pun.

Wanting BAKLAVA to feel like the retro brawlers many of us had grown up with, we went with a pixel art aesthetic for the player characters and lava monsters.  As with many beat ‘em up games, we wanted players to have combo attacks, so inspired by Battletoads’ one-two-boot combat we added a similar combo system to our game.

Lava monsters were a fun challenge because we could introduce a variety of types of monsters that each have their own behavior and attack patterns.  Xavier, one of our programmers, had been working on enemy AI and breathing life into our antagonists.  Additionally, Raul, our sole pixel artist at the time, began using a 2D rigging system to help articulate the various body structures of the lava monsters to improve the animations.  It was a great way to ensure our other-worldly lava monsters were moving believably! 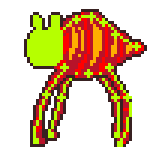 We originally developed BAKLAVA for Games for Love’s Channel Surfing+ VR game, where in that game is an arcade “channel” (sort of like a dimension) filled with a variety of 2D arcade games as well as a claw machine used to catch a sentient, anthropomorphized teddy bear.  Capturing (rescuing?) the teddy bear then advances the story and brings the player into the deeper conflict, but in the interest of not spoiling Channel Surfing+’s story I’ll just say that playing BAKLAVA was a narrative beat along the way. 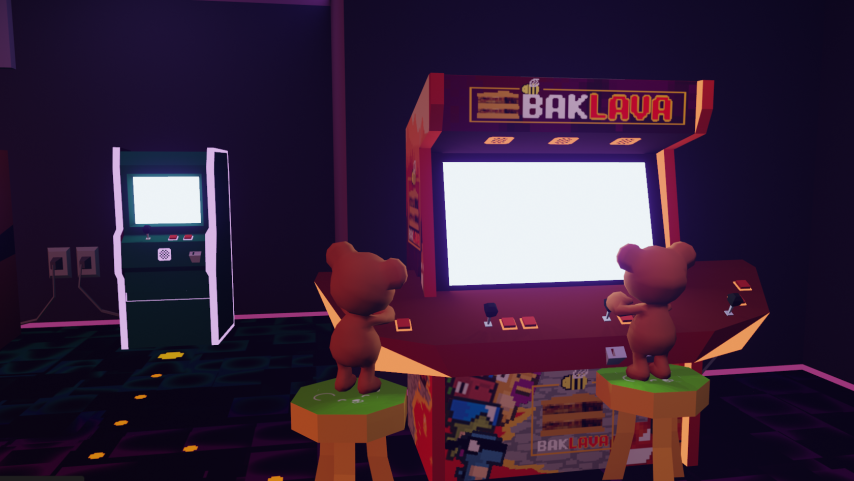 In particular, that teddy bear and some of its friends would play BAKLAVA along with the player, three of which taking control of their favorite T-rex while the forth tries to get a peek at the action, stretching on its stubby fluff-filled legs to see what’s happening.  Not only are they fans of the game, they even are cosplaying as their favorite characters. 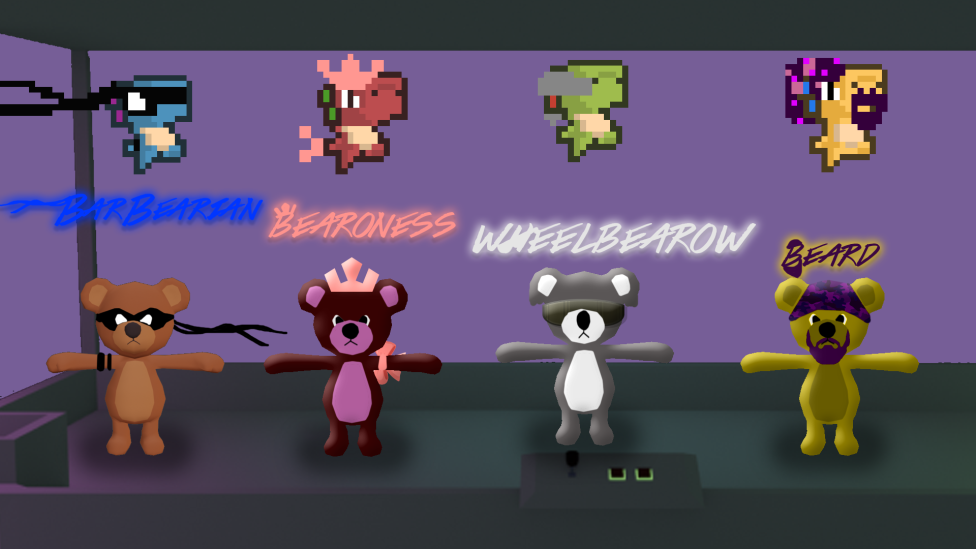 In November 2020, we decided that the concepts behind BAKLAVA were interesting enough to explore a standalone release of the game apart from Channel Surfing+.  At first the goal was to stay as true to the original design and implementation as we could to ensure that porting the game in some manner back into the VR arcade was simple to do, which meant putting some of the arcade games’ limitations on us like no scrolling, no Unity scene changes, and a maximum of two buttons for actions, which were needed to ensure the games can be added within an existing Unity scene, applied to a 3D arcade cabinet, and account for the two buttons on the VR controllers.  We bolstered our dev team, worked within these constraints, and presented our progress in March to Games for Love’s Game Review Board as a 100-wave 2D retro arcade brawler game for the Nintendo Switch.  However, the feedback we received was that the game needed to provide a better sense of player progression, a compelling reason to sit through 100 waves of monsters, and a unique mechanics hook to make it stand out from all the other brawlers that are out there on the market.

This turned out to be the feedback we needed to unleash BAKLAVA’s full potential.