By nathan blairNovember 11, 2021No Comments
Erik has accomplished quite a lot in a matter of three-months; graduation, showing a game at pax. 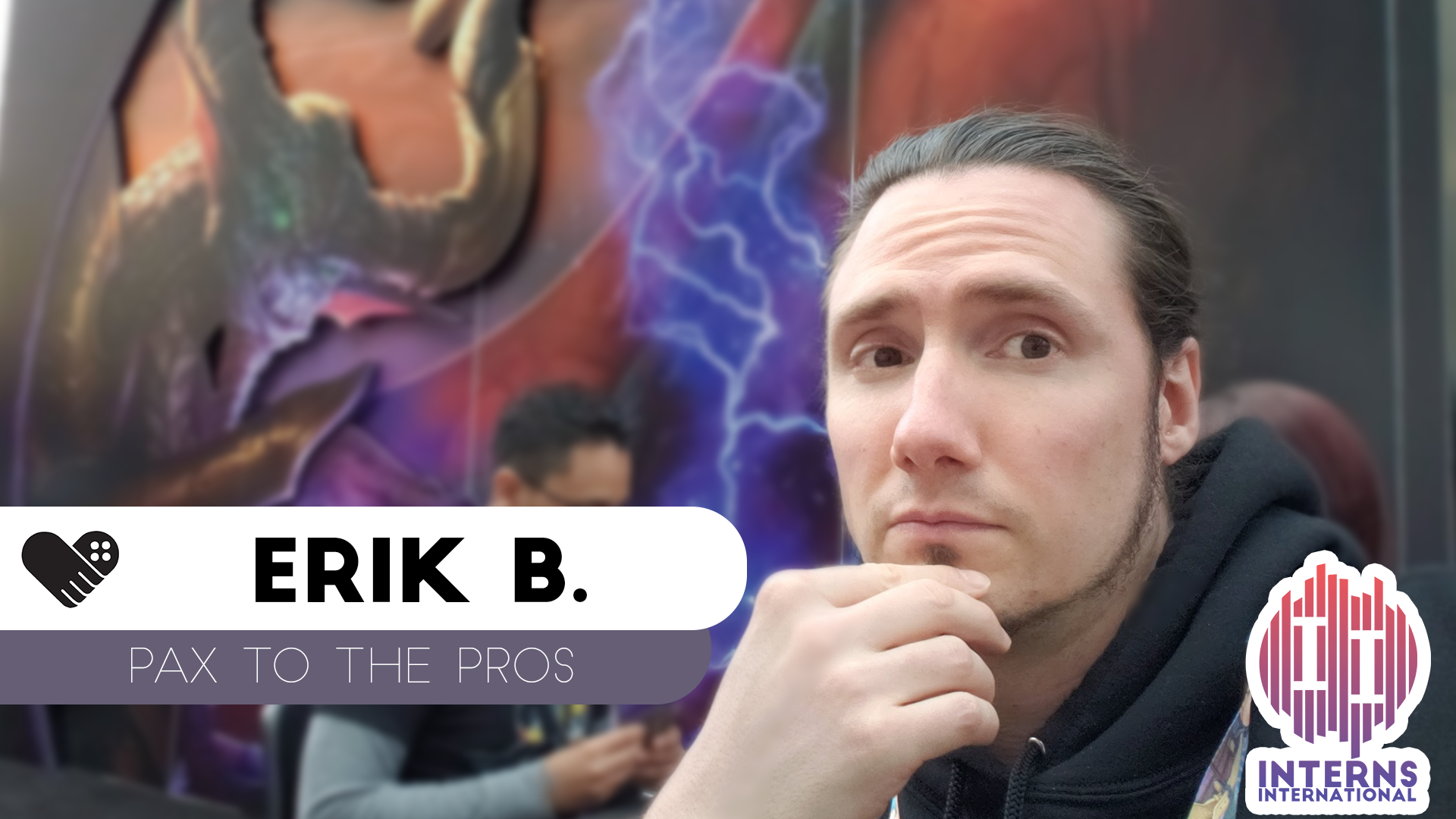 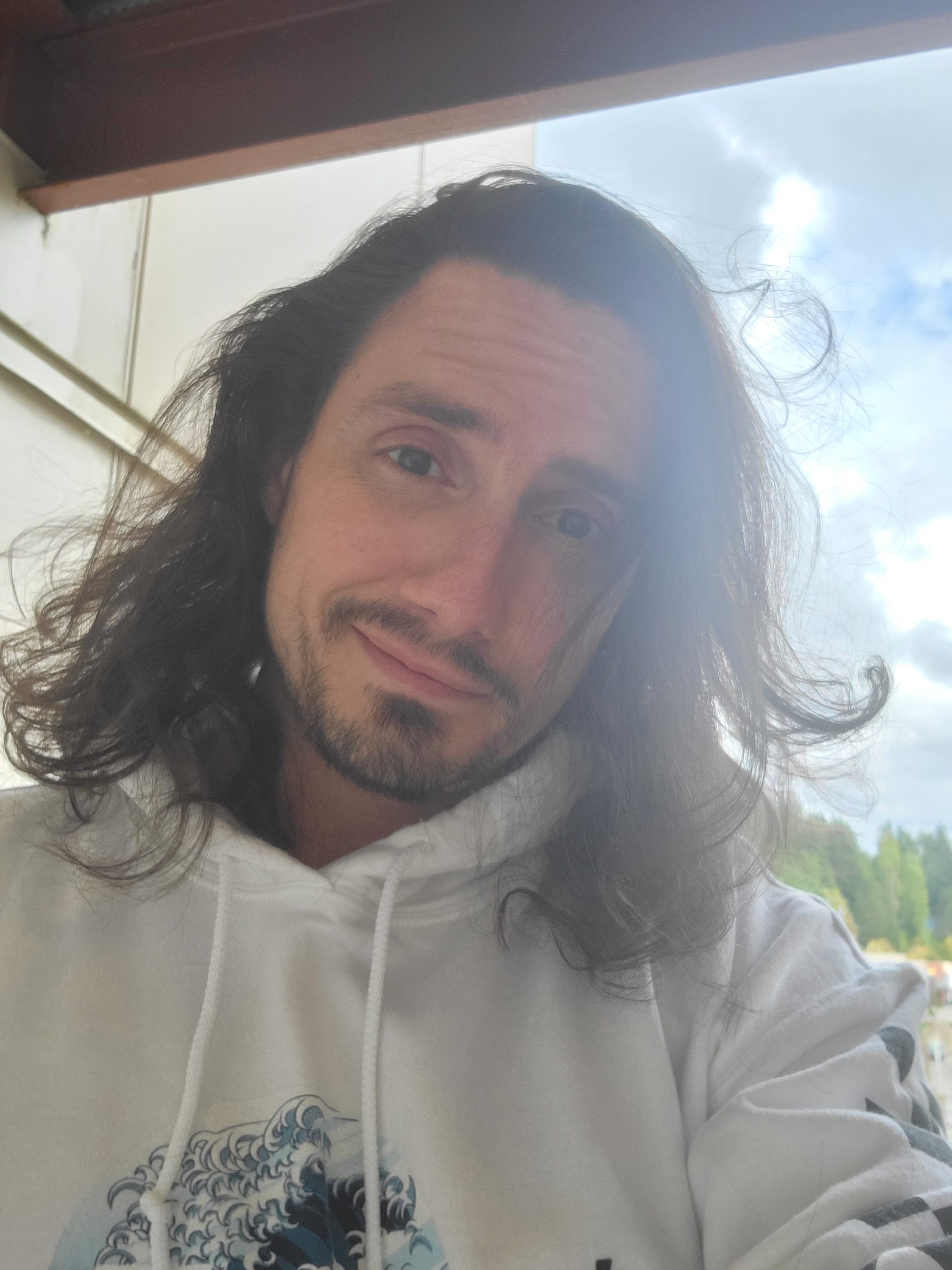 Tell us a little bit about who you are and what you do?

I’m a Seattle area game designer, honors undergraduate from the Digital Gaming and Interactive Media program at Lake Washington Institute of Technology, and an intern at Games for Love.

Share with us a bit about your early life;

I was born in Oregon in the early 80’s and I spent the days roaming the forests around town, listening to classical and rock, riding dirtbikes, and shooting guns/archery.  At night we would settle down to watch movies and play video games.  I am a huge sword and sorcery, Ninja, and high technology fan, and am fascinated by fantasy landscapes, ancient civilizations, and future/virtual realities.

I was a huge music dork. I studied classical piano, voice, Bb/alto/contra bass clarinet, and played classical and jazz trumpet through highschool and my first two years of college. People may scoff at getting a varsity letter for Marching Band, but winning state competitions with fast paced precision movement, and exercising formations in the snow while playing music in time along 200 other people, with a metal mouthpiece embouchure to my face has its own place in athletic difficulty.  Some of the best music in my collection comes from video games, and it seems most people who are into music are also into gaming.  So when my buddies were done with school, and band, we would get online as soon as we got home to get online and play. On the weekends we would choose a house and sleep over to couch co op all night.  I should have bought stock in Coke and Tim’s Jalapeno chips.  Duke Nukem 3d, Warcraft 2, Twisted Metal, Goldeneye, Everquest, Unreal Tournament, and Quake 3 were played extensively.  If it had a level building or a way to mod it, I was about it and it was always fun to make new maps. I became familiar with Duke Build, and taught myself HTML, and prepared for college.

So what sparked your interest in working in the games industry?

No matter what job I found myself working in, my conversations would inevitably turn to video games.  I would talk about them at work, play them when I got home, and design stories, mechanics, and levels to play with friends until the late hours of the night.  I wanted to create something that would continue to bring joy to others in a similar way. 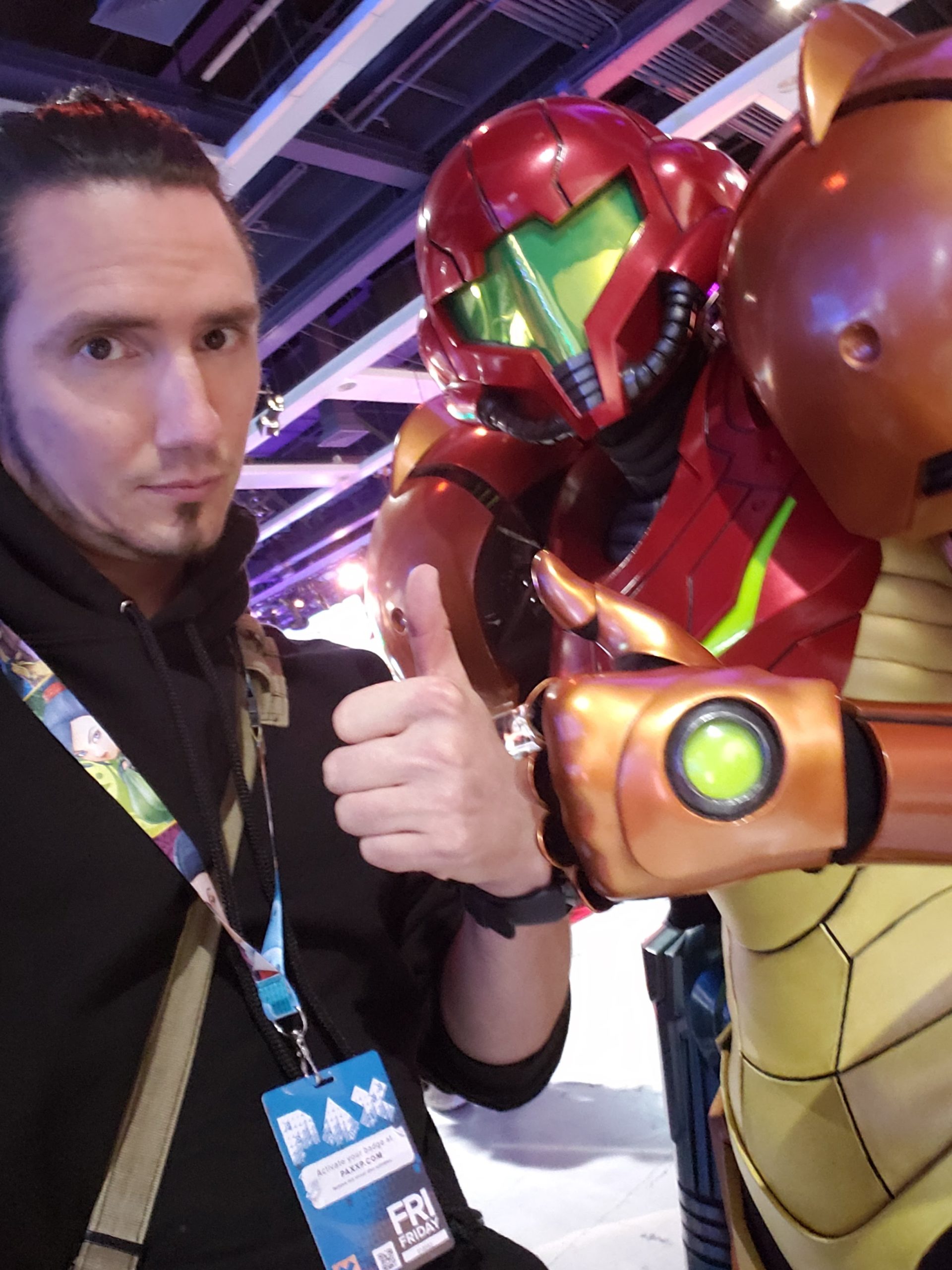 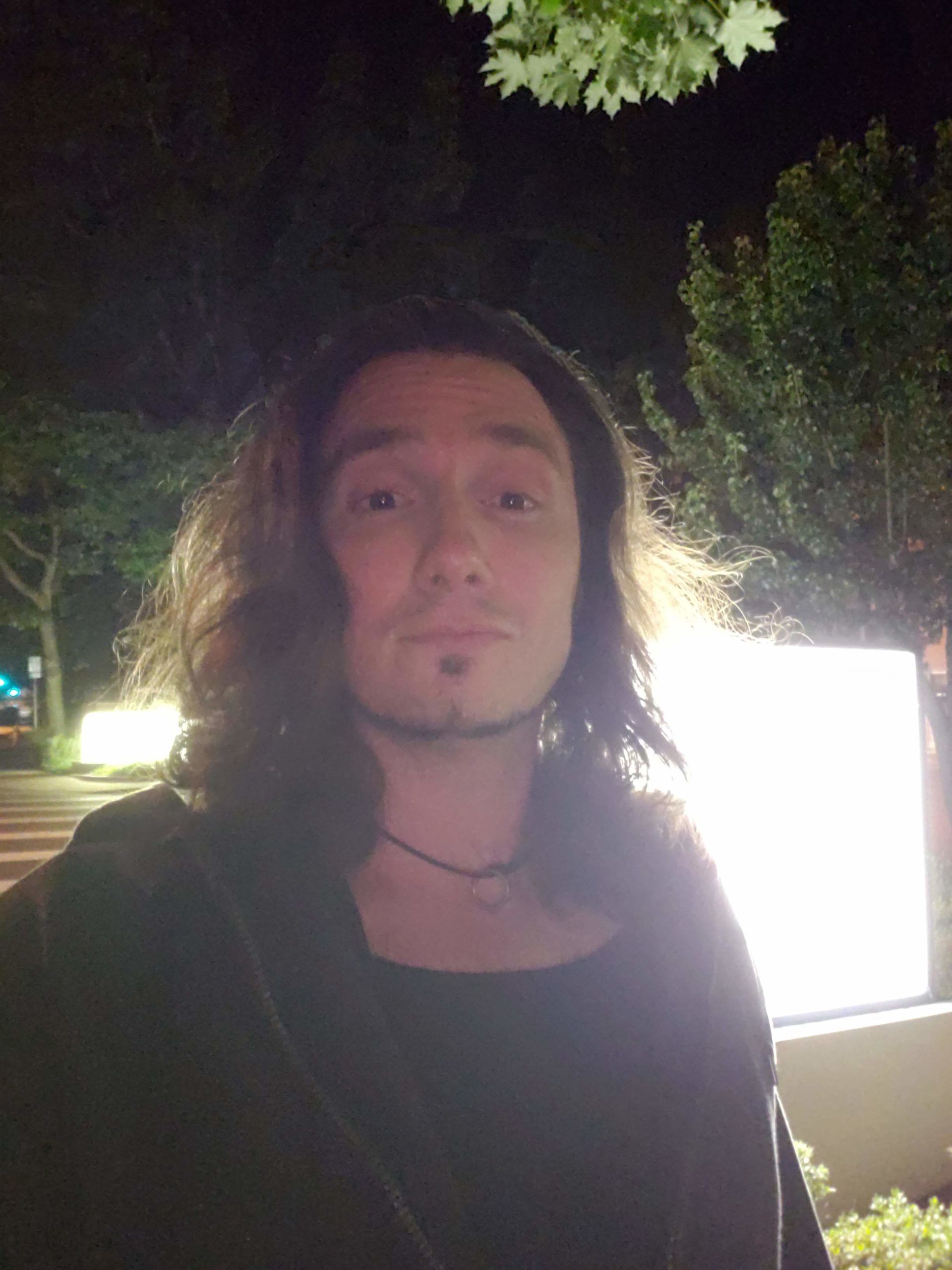 Tell us about your experience in college, What did you study and how did that help you discover your path?

My associate’s degree was very art and design-heavy. Print and traditional media were still hugely popular, and the curriculum focused on cross-functional design elements between traditional and digital media, motion graphics, and video editing. There was a lot of charcoal still life drawings, lightsaber duels in after effects and premier, mock web pages with photoshop and illustrator, and 3d environments in Maya.

In the time between my associates and bachelors, there was as much change as not. Traditional studies in design elements and structure remained largely unchanged. It was my first experience with object-oriented programming and real-time development environments and I was instantly hooked on creative development. It was what I had been searching for.  A way to produce a product that delivered what I had been dreaming, and talking, and writing about.

As for volunteering at GFL, what are your roles and which projects are you contributing to?

I first volunteered with GFL during my bachelor program as a way to bolster my studies and gain industry experience.  Since graduation, I’ve joined GFL’s Interns International program and am being mentored by Jeremy Pernes, who is located in Australia.  His experience in project management and virtual reality production provides an excellent resource for guidance, and he has been amazing at bringing in guest developers and industry veterans to discuss career building and development cycles.  I’ve also taken a role on a VR project called Channel Surfing as a technical artist where I help preserve the art style and improve performance through tri-count reduction and asset optimization. 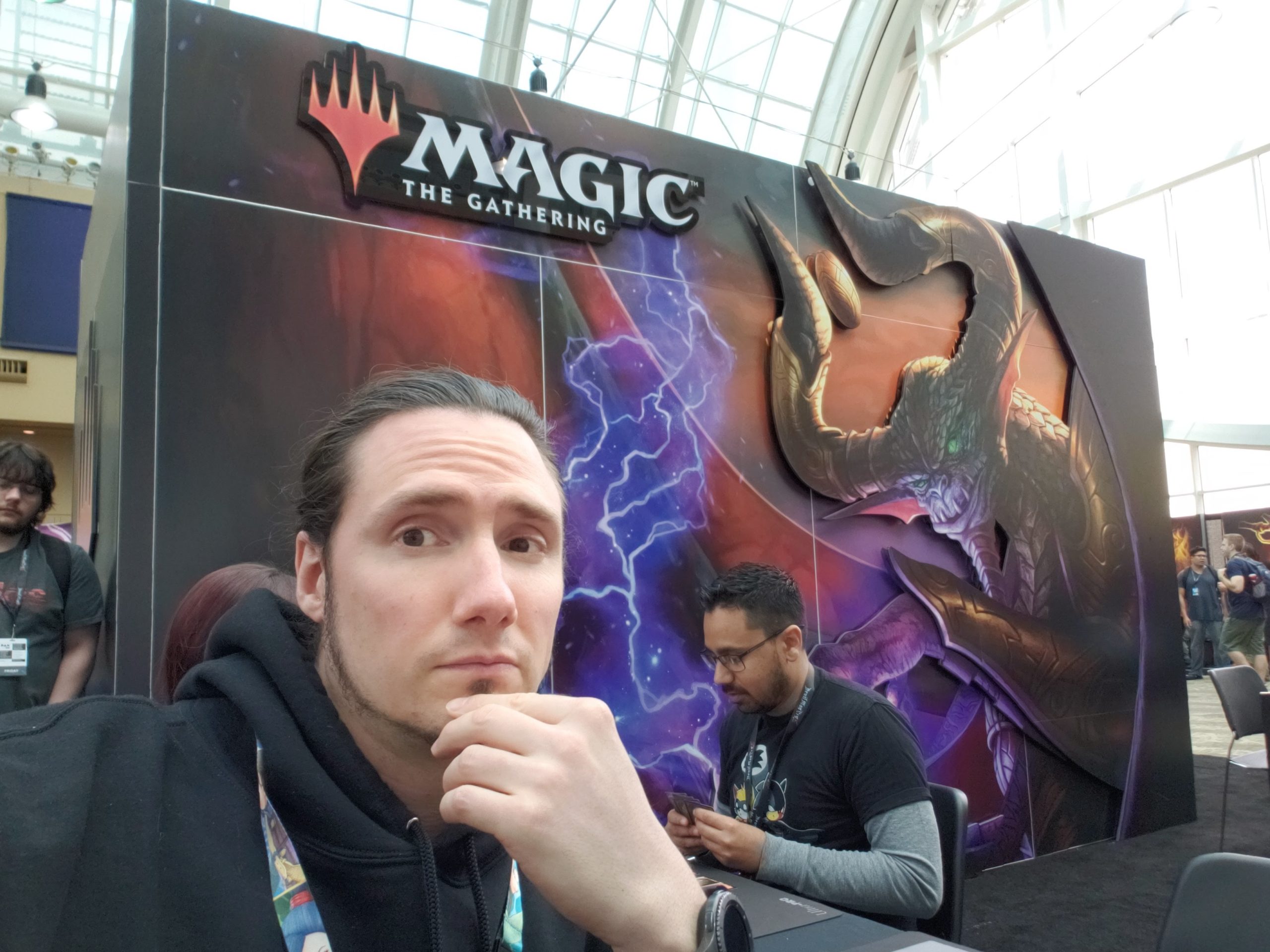 How have Games for Love been helping you in reaching your goals for the games industry?

There is a continual motivation to keep going. It’s an open door to continual progress, and skills advancement, putting me in connection with industry veterans and technically minded volunteers. It helps me grow as a game designer and solo developer and allows me to share my passion among diverse teams from all over the world. GFL is awesome in that if there’s a will, there’s away. I’ve even designed a VR experience for therapy and was able to present the pitch deck and game design document to a review board for consideration.  It’s one step closer to achieving the goals that GFL is helping achieve.

Do you have any personal projects that you are working on right now?

Frisson is an infinite flying survival game featuring randomly generated obstacles inside neon audio-visualized stages.  It’s currently in development, and a demo was shown at PAX West 2021.  I’m currently working on porting it to mobile and stand-alone VR, and have also been reaching out to metal and electronic artists to grow the soundtrack.  Shout outs to Saber, Witchseeker, Starlight Ritual, and Juche for lending their audio to the project

We are thrilled to hear that you got a new job!  Would you like to share your new journey with us?

I contract with Insight Global as a Platform Support Engineer on Niantic’s Lightship Augmented Reality Development Kit (ARDK). It’s an opportunity to dive deep into emerging technology, and a springboard toward developing my own AR application that will help to transform unfamiliar environments into approachable places to explore.