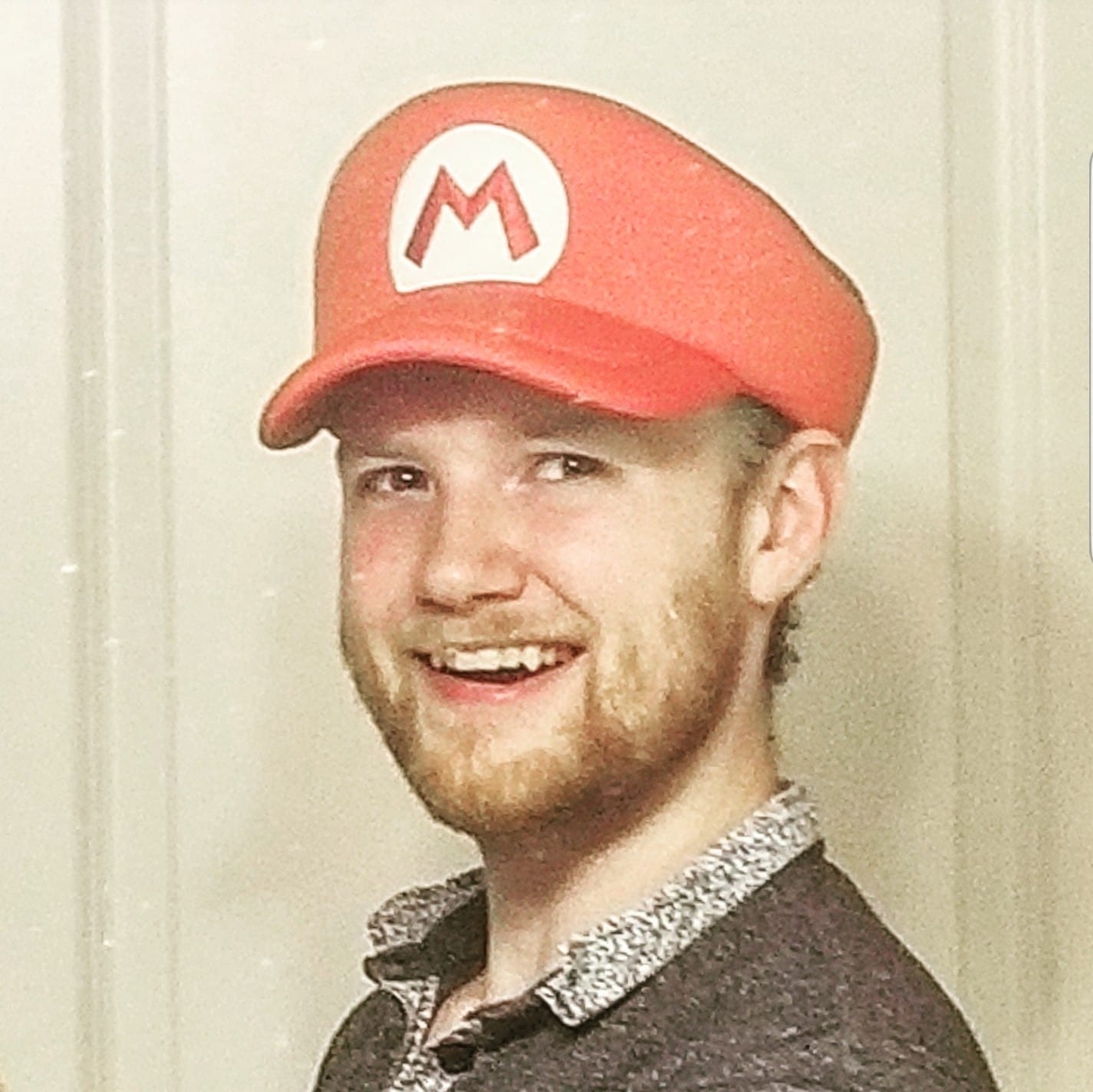 What got you started on the path you are on now?

I graduated college with a degree in Economics because I used to enjoy books by Dan Ariely and Freakonomics. I got to do some really exciting things while studying, even working with the Dalai Lama in the Himalayas. Once I graduated, I quickly found out how much college education doesn’t market well for a job anymore. So, I took odd-jobs while earning tech certifications and learning web development through MERN and ASP.NET.

Once I wanted a way to apply these skills, I came across Games For Love and saw they needed web developers. Once I was on-boarded, I decided it would be more fun to tackle game development and learn how to use Unity since they had a need there as well.

How did you find out about Games For Love and what made you interested in working with them?

I found Games For Love on Angle List looking to join a startup, and frankly, they were the only contacts to reach back out. I had other opportunities lined up at the time, but when the pandemic hit, they were all withdrawn. So, I saw this as a perfect opportunity to use this time to really delve into a work environment where I had fewer strings attached than a typical job, meaning I could learn Unity concepts freely and apply them creatively.

What motivates you at work?

At work and in general, I’ve always enjoyed doing things that no one else has done yet. At Games For Love, I had the blessing of not knowing proper approaches to game development so I could come up with really harebrained solutions, that once given time, turned out to be incredibly useful (sometimes indirectly).

In my other jobs, I always branched out to doing different things and taking new challenges on, even when there was no raise involved. This is partly because it makes for great personal development to step out my comfort zone, but it also garners a lot of attention from coworkers when you’re constantly doing things that might make you look like an idiot. When I traveled to the Himalayas, I was about 40 pounds overweight and had no real mountaineering experience. Once I returned, I had lost all of that weight and had a new level of confidence I have yet to lose. 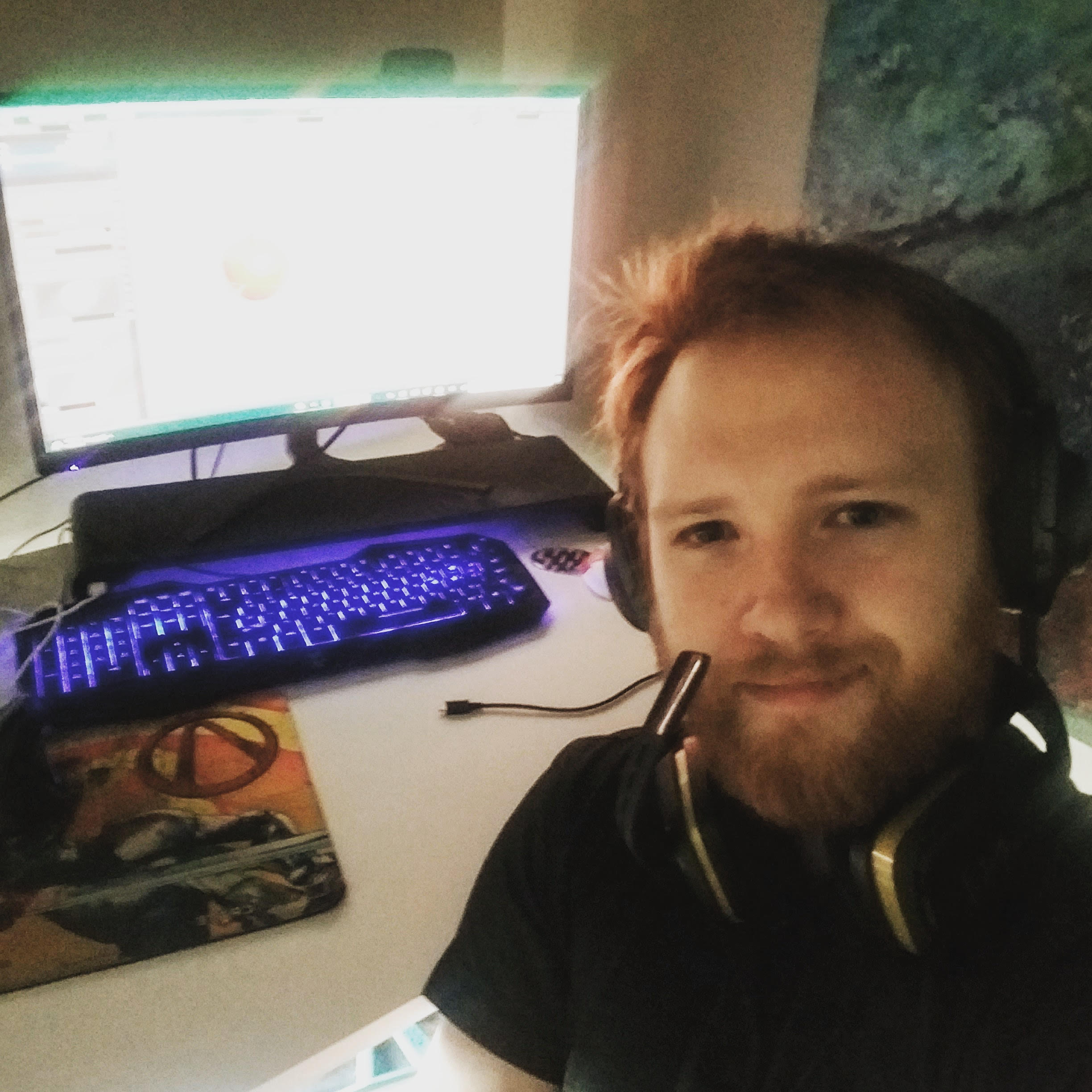 What are your hobbies outside of gaming?

My first love was music. Ever since I was a kid, I use to love listening to Grant Kirkhope in the Rare games, classical artists like Bach, and electronic artists like Tangerine Dream. Since the 2008 crash, music has entirely taken a hit in quality, particularly in cinema and video games, which is because in a lot of ways small businesses have not recovered since the crash. It’s hard to prove the impact music has on the success of a product, so when a business-minded individual feels they can take a risk, focusing on good music is far down the list.

So, I spend a lot of time “preserving” the art for myself by really delving into music theory and understanding why it works the way it does, usually at odds with actual music theorists. Fortunately, though, my music has succeeded in several competitions and front-paged on Newgrounds a few times to validate my efforts somewhat. I’ve also worked as an improvisational classical pianist for a year while at college.

What’s the most exciting thing you’ve done as a game developer?

Developing the food mechanics for the various games I’ve worked on has been the most fun. Lately, I’ve been figuring out how to mimic the liquid effects from Half Life: Alyx and applying it to my own projects, taking it a step further and making it so you can pour it, discolor objects, etc.

Otherwise, creating a tool to automate the creation of a texture atlas and batch-combining at runtime to improve performance seemed to get a lot of attention, even though, not being an artist, I didn’t immediately think was all that amazing at the time, although nowadays I certainly do.

Optimization as a whole seems to be a really undervalued concept in the gaming industry. I remember playing Modern Warfare 2 thinking that the responsiveness and performance was the new norm for games, but since that original team mostly left (as far as I know), even other modern Call of Duty games don’t come quite as close. But, you can look at Titanfall 2, which had some of those developers, that incredible performance is back even on my shaggy computer.

I would love to see Games For Love become a path for people to get into the gaming industry, which it already is a great help in that. I want people from the outside to see someone worked on a project at Games For Love and have that earn respect for that person. In the world’s current situation, it is very difficult to prove you have any of the skills you say you have thanks to what has been dubbed “credential inflation”. Games For Love, for me, acted as a great way to connect with some smart people and collaborate on some great projects. 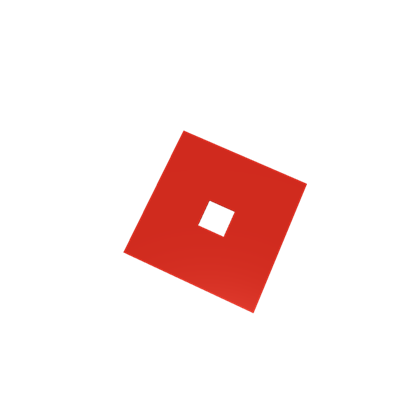